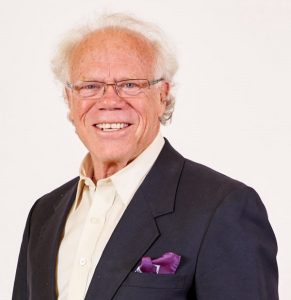 A client was owed some $2 million by an individual who claimed he simply could not re-pay the borrowed funds. The client had sued and obtained a final money judgment (a court order determining the funds were owed). While not optimistic about recovery, the client commissioned an initial investigation of assets which disclosed some 54 partnerships, corporations, and trusts, usually in the names of others — but controlled by the debtor — the individual had simply failed to inform the creditor about. The creditor opened the gates to deeper work and ultimately we found over 103 partnerships, corporations, and trusts, coupled with convoluted relationships and hidden dealings. These included putting a large home on a golf course at a country club into trust for the children, while, however, reserving a life estate to the husband and reserving a life estate to the wife. The wife’s life estate, however, automatically terminated if either the husband or wife filed for a divorce. Discovery and documentation of the various relationships and conveyances caused the debtor to come to the table and settle for 100 cents on the dollar.

Eighty percent (80%) of all final money judgments go uncollected. People never receive the money to which they are entitled. Often, this is because people who owe money claim they have nothing. Many times however they appear to control many assets or have hidden them in clever ways. If property is improperly transferred, hidden, or controlled it may be identified as a “fraudulent conveyance.” Once that occurs, a paper judgment may be converted into money. Just like the alchemists of old, who converted lead into gold, hidden assets may be converted into money and, sometimes, more may occur.

In 1571, England enacted The Statute of Elizabeth, which was primarily designed to recover transfers made in criminal acts, and particularly to close a loophole in the 1559 Act of Uniformity, which required all persons to attend Anglican church once a week or else pay the Crown a fine. Individuals were violating the Act and escaping punishment by transferring their property, in trust, to friends and family. These were some of the transfers which became “fraudulent.” The Statute of Elizabeth was discussed in Twyne’s case in the Star Chamber Court of 1600. The case elucidated upon the statute with respect to ancient law in identifying a series of “badges of fraud.” These badges of fraud, depending on the commentator or jurisdiction involved, typically vary in number from 9 to 11 most generally. Sometimes, the presence of one badge of fraud is sufficient to fatally taint a transaction and render it a fraudulent conveyance. At other times the presence of most of these badges of fraud will be inadequate to taint a transaction. Knowing the difference is most frequently a matter of judgment.

The most commonly discussed badges of fraud include the following:

1. Insolvency or indebtedness of the transferor at the time an asset was transferred.

2. Becoming insolvent as a result of the transfer.

7. Certain insider relationships between the transferor and the transferee, such as close family members and business associates.

8. Secrecy or concealment of the transfer of property.

10. The retention of possession, benefits or use of property allegedly conveyed/transferred away (I own nothing but control everything — the Learjet magically appears whenever I just happened to wish it.)

11. The financial situation of the debtor at the time of transfer or after the transfer.

12. The existence or a cumulative effect of a series of transactions after the onset of the debtor’s financial difficulties.

13. The general chronology of events.

14. The facts or circumstances surrounding a transaction that indicate that one party is trying to hinder, delay, or defraud another party, especially a court, an opposing party in an action, or a creditor.

The identified “badges of fraud” do not intend to limit the definition of what may indicate transfers to hinder, delay, or defraud a creditor, and are merely guides in that direction. Recent cases look to additional concepts such as whether the transfer occurred in connection with a criminal or illegal activity. Does a transfer or transfers also implicate treble damages under RICO (i.e. the Racketeer Influenced Corrupt Organizations Act) or similar state statutes?

Did the transfer lacked a real and legitimate business purpose or justification?

Was there a data wipe, or intentional destruction or “spoliation” of evidence?

If we demonstrate a fraudulent conveyance, that is when the alchemy occurs. Not only can I go after the transferred assets, I can also oftentimes secure an additional judgment against the initial transferee of the property. Sometimes I can secure an additional judgment against further subsequent transferees of the property. I can have transfers set aside. Multiple other remedies are often available. Sometimes we must show specific intent. Sometimes intent is irrelevant. Actual intent to hinder, delay or defraud creditors is rarely established by direct evidence; courts usually infer fraudulent intent (when required) from the circumstances surrounding the transfer or transfers. This includes consideration of habit and a course of such dealings. Fraud seldom walks into the courtroom and boldly proclaims itself.

This makes the recovery of assets a very interesting and fascinating activity. It oftentimes is the only way to get someone who has been ripped off the money to which they are properly entitled.

So, for a spiritual lawyer, this area presents many interesting issues and conundrums.

Some say I have an uncanny ability to intuitively smell a Fraudulent Conveyance. It is indeed largely a matter of judgment.

It always involves an assessment of the character, personality, and conduct of the transferor. The brings me smack-dab up to his or her or their spiritual condition and their relationship to concepts of good and evil. However, my job is not to save such persons, nor to convert such persons.

My job is to convince them first and foremost they just have a business problem which they need to solve. Otherwise things just get worse and their life becomes disrupted by things they cannot usually control.

I do not engage of Don Quixote type quixotic quests. That causes financial and spiritual damage to me and my clients, in my opinion.

I do seek Fairness in what are often inherently unfair situations with “unfair” people who go around ripping off others. With time, patience, and effort, they usually come to the table for a settlement, or their ill-gotten or controlled assets are taken from them by force of law.

It also took me a long time to realize it is not my job to save my client, either. I do often wonder how a client gets into the predicament of losing over $1 million, and whether it will happen to them again if I assist in making them whole? However, while we may talk about it, I am not attached to the answers or the outcomes.

Everyone involved has their Karma, by whatever name such goes by and by whatever faith tradition (or lack thereof) may present itself.

Disclaimer: Reading or heeding or participating in my blog does NOT form an attorney/client relationship. That is only done by a specific written agreement. 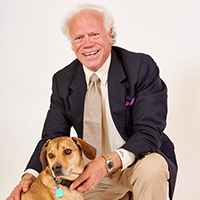