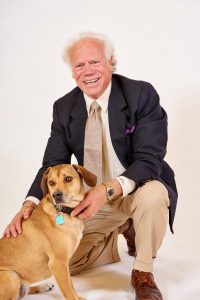 Some might say the idea of a “spiritual lawyer” sounds like an oxymoron. But, not so fast … one may pursue both paths in a unique and effective way.

By “spiritual” I mean there is a power greater than ourselves and that power is an ordered power. What is it to have a spiritual life?

I exhibit my spiritual life through my actions by such things as how I treat other people, the way I do my work as a lawyer and the organizations and causes to which I give my time, talents, and treasure. I exhibit my lawyering as a trial lawyer in state and federal trial and appellate courts in a couple of narrow areas of practice. I work in the field of consumer protection and obtaining recoveries for people who have been defrauded. The intersection of the spiritual path and the lawyering path is where the rubber meets the road.

There is nothing airy-fairy about my spiritual beliefs, practices, or conduct. Lessons from deep spiritual study and practice including use of universal spiritual laws about the very nature of the universe and all within it help guide me in my trial work. My trial work often involves exposing and proving fraud in business and white collar crime. Fraud seldom walks into a courtroom and proudly announces itself. My trial work is more akin to being a “spiritual warrior” on behalf of people unable to do this for themselves.

My legal background is a JD from the University of Colorado in 1972, after which I joined my then 85 year old grandfather in the practice of law. He mentored me and instilled in me a desire to fight corruption on a number of fronts and to stand for fairness in my dealings with people. My grandfather mentored and guided me until his death at age 94. He represented entire families for multiple generations. He shared with me his experiences of the days when Colorado was controlled by the Ku Klux Klan (which he helped unmask and evict from the state). This had a profound effect on me, and more on this in another posting.

Compassion is important. So is treating others as you would like to be treated. Being honest. Understanding the concept of non-duality (i.e. how everything is connected and part of a seamless whole — sort of like the research physicist’s long sought after unified field theory). Experiencing non-duality. These are sometimes labeled “spiritual” values. Taking these values into courtrooms… often a strange experience. I have never met a judge who expressed any interest in the non-duality of the universe. A judge sees a dual universe in his or her courtroom. There are a minimum of two adverse parties in the courtroom. Who will prevail? In what way? How? Answers to those questions on the surface appear to be in a different world than encountered in pursuing non-duality. Courtroom work often involves unmasking liars and revealing truth with very tight rules in place as to how one does this. It does not feel spiritual. Yet, if you remain stable in your values and outlook, your spiritual grounding does guide you and inform you. Especially in areas of judgment. Especially with what we call “trial judgment.”

So,, a spiritual lawyer is grounded in spirit, tries to act from that space, and follows the rules of court and law in an aggressive manner to prevail for his client. While difficult to create common ground in a trial itself, there is always an ongoing effort to reach settlement. Settlement discussions offer a far broader ground in which to pursue, find, and develop common ground. When the common ground becomes large enough and the language can sufficiently change, settlement manifests.

In future blogs, I shall go into more detail on what spirit is, how spirit exhibits itself, and how it intersects with my work as a lawyer. It has been and remains challenging. 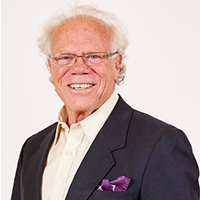 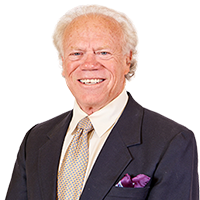 Get Help Now
Home > What Is A Spiritual Lawyer?